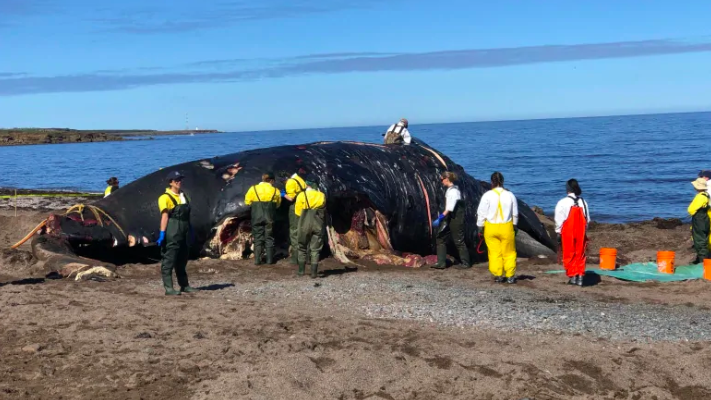 Since we reported on the death of a young male North Atlantic Right Whale a few weeks ago, there have been five more dead whales found in Canadian waters, the latest one discovered just yesterday and a total of four in the last three days.  In response, Transport Canada immediately implemented an interim, precautionary speed restriction of 10 knots, for vessels of 20 meters or more in length traveling in the western Gulf of St. Lawrence, where all the whale deaths have been reported.

Why This Matters:  A recent study by the U.S. and Canadian governments underscored that these whale deaths are most likely caused by humans and thus are preventable.  it is good that the Canadian government has stepped up its efforts and recognizes the grave circumstances.  “Protecting our endangered North Atlantic right whales is an important task, one that our government takes seriously,” said Canadian Transport Minister Marc Garneau.  But whatever we have been doing thus far this year, it is not enough.  And the new babies that have been identified will not be improving the situation if we lose adults of childbearing age.

Whales Swim Around And Into Harm’s Way

These Whales Were Not Anonymous