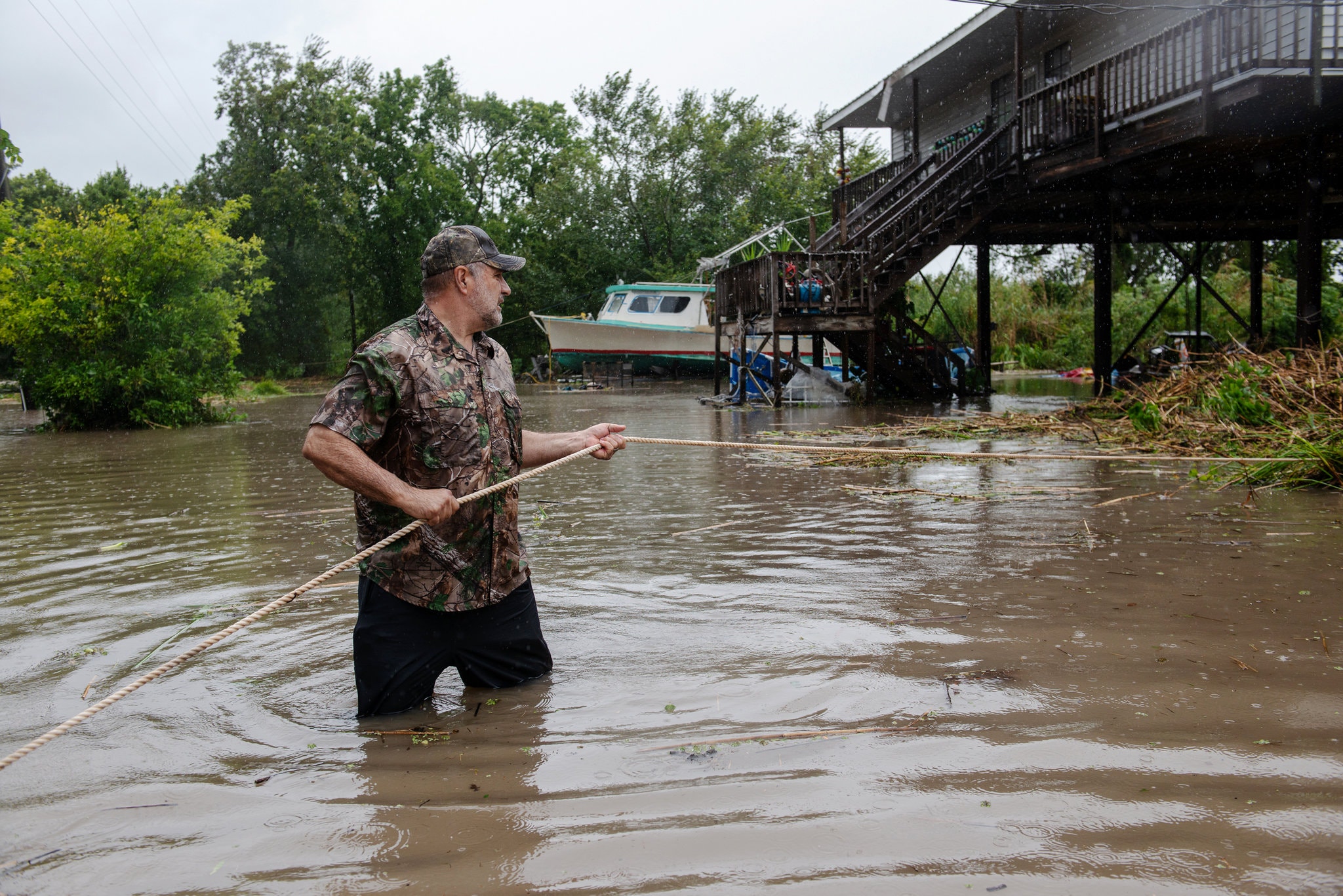 Climate change often compounds natural disasters such as fueling wildfires and increasing the risk for catastrophic flooding. While this results in billions of dollars of damage new evidence has revealed that these disasters are also stirring up toxic chemicals and making Americans sick. As the New York Times reported, “By knocking chemicals loose from soil, homes, industrial-waste sites or other sources, and spreading them into the air, water and ground, disasters like these — often intensified by climate change — appear to be exposing people to an array of physical ailments including respiratory disease and cancer.”

Naresh Kumar, a professor of environmental health at the University of Miami, explained that we come into contact with decades of contamination in our soil when natural disasters churn the ground.

How Do Toxins Get in the Soil?: The University of Arizona explained that contaminants in soil are often present in farming communities or regions with considerable industrial activity but can be present anywhere. However, the leading causes of chemicals in soil include:

Additionally, another prevalent toxin during major flooding is raw sewage which can spread disease very quickly when flooding persists for many days.

Once the Chemicals Are Released: The World Health Organization issued a report last year warning of the human health impacts of chemical releases resulting from natural disasters. The report explained that once chemicals are released they can react with water or other substances to cause increased damage. For instance, during hurricanes when flammable hydrocarbons are released into the floodwaters, ignition can result in pool fires. These are buoyant flames above a horizontal pool of vaporizing hydrocarbon fuel and can carry a fire to new sources of flammable materials or into residential areas.

Regs Haven’t Caught Up: Gina McCarthy, who was the EPA administrator during the Obama administration and now directs the Center for Climate, Health and the Global Environment at Harvard explained that the toxic substances being dislodged during natural disasters are “much more long-lasting and ubiquitous than I think people realize. And we clearly haven’t caught up in terms of our laws and regulations, and the process of disaster response.”

Why This Matters: Climate change is a public health issue and we’re just starting to understand the implications. Researchers are still working to determine the specific ways that disasters like wildfires and hurricanes impact our health but thinking more broadly about the implications will mean determining the strain that climate change is putting on our healthcare system as it causes more people to develop chronic illnesses. Often the arguments that we hear for not taking action against climate change is that it’s too costly and will kill jobs, but what about the fact that it’s killing people both as natural disasters strike and in the aftermath when communities grapple with exposure to toxins?

EPA Will Ramp Up Environmental Enforcement, Focus on EJ Communities

EPA’s acting chief of enforcement sent a memo to staff last week (that The Hill obtained) calling for them to “[s]trengthen enforcement in overburdened communities by resolving environmental noncompliance through remedies with tangible benefits for the community” with a particular emphasis on “cornerstone environmental statutes.”

Why This Matters: The Biden administration can immediately make progress correcting environmental injustice through fair and strong enforcement of current laws

A long battle over the use of a bug-killing pesticide linked to brain damage in children may be coming to an end. In a ruling last week, a federal appeals court gave the Environmental Protection Agency 60 days to ban the pesticide chlorpyrifos, commonly used on oranges, almonds, and other crops — or prove there’s a safe use of the chemical.

Why This Matters: The pesticide industry used the same playbook as with PFAS, tobacco, and oil: raise doubt about the clear science and prevent immediate action from being taken, to the harm of everyone else.

by Amy Lupica, ODP Staff Writer Decades after scientists first discovered the dangerous public health risks of the pesticide DDT, researchers have confirmed that two generations later, it’s impacting the grandchildren of women exposed in the 1950s and 60s. Those exposed to DDT before it was banned first-hand saw increased rates of breast cancer; subsequently, their children experienced higher […]