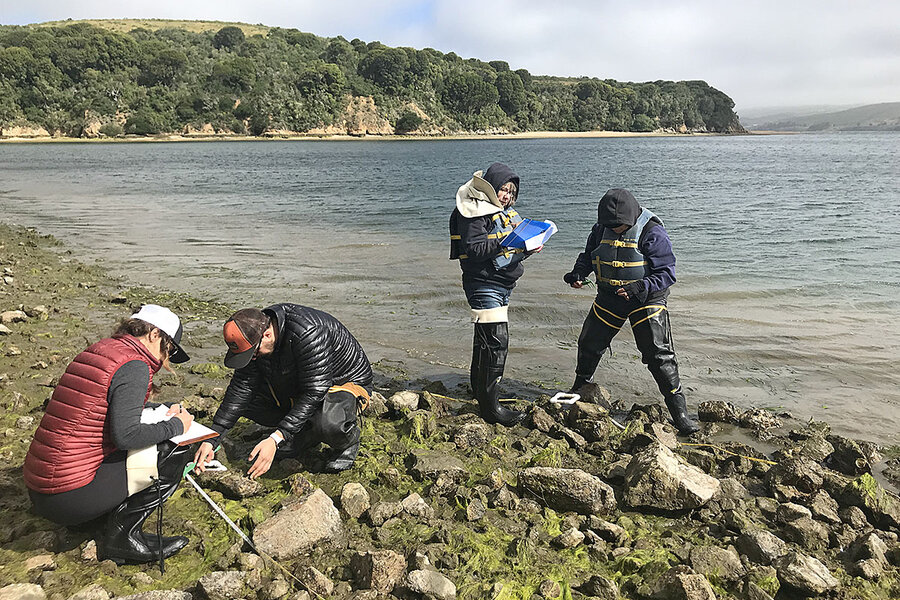 Millions of oysters are consumed in the United States each year but these trendy bivalves are coming under increasing threat from ocean acidification resulting from climate change. Animals like shellfish, corals and sea urchins need carbonate ions to build their shells and other structures yet the more oceans acidify, the scarcer those essential building blocks become. But some oyster farmers, like at California’s Hog Island Oyster Co., are fighting back and working with scientists to better understand the effects of ocean acidification on oysters and how they can adapt and stay resilient.

A Growing Problem: Hog Island founding partner Terry Sawyer said that he started to witness the problem of ocean acidification about a decade ago but didn’t recognize what was happening. As the Christian Science Monitor explained, at this point, the average pH of the surface ocean has dropped by 0.1 pH units since preindustrial times, amounting to about a 28% increase in the acidity of the oceans overall, (as according to Richard Feely, a senior scientist at the Pacific Marine Environmental Laboratory at NOAA).

Not Everyone’s Affected Equally: CSM explained that the change in ocean pH is distributed unevenly geographically, with more of the pH changes seen farther away from the equator. On the Pacific coast of the United States, meanwhile, the changes are most acute because the decreasing of the pH at the surface is combined with upwelling of carbon dioxide-rich waters from below.

By The Numbers: Oysters are the top marine aquaculture species and accounted for $173 million of production in 2015. But looking more broadly, there are millions of American jobs that are tied to aquaculture and the health of our oceans. For now, oyster farmers are able to manage the impact that climate change is having on oysters but if ocean waters continue to warm and acidify this may become far more challenging if not impossible.

Why This Matters: This research is helping oyster farmers to better understand the threats they face as a result of climate change as well as where they should place future farms. Not only do oyster farms provide jobs but oysters themselves are critical in cleaning up waterways and even providing natural infrastructure to make coastlines more resilient to storms.

Several U.S. environmental organizations with the support of large philanthropic organizations are working to help countries around the world achieve better fisheries management, and increasingly they are using smartphones and technological innovations to empower fishers to decide where and when to fish in order to get the best price.

Why This Matters:   Here, with the help of technology and the support of U.S. NGOs, fishermen and consumers are benefitted by technology that is now readily available on smartphones.

Ocean Acidification Will Cause Big Economic Losses in the U.S.

A new report from the National Oceanic and Atmospheric Administration released last week as part of a Congressionally-mandated review of ocean acidification, states that increasing acidity in the U.S. ocean waters could cause “billions of dollars in damage to the U.S. economy,” with detrimental impacts on Alaskan fisheries and tourism due to degraded coral reefs in Florida and the Caribbean.

Why This Matters:  Climate impacts are costing our economy already due to severe weather events such as wildfires and hurricanes.  Even though increasing ocean acidification may not be visible to the eye, its costs are just as devastating.

At the end of December, an appeals court in Washington, D.C. upheld the designation by President Obama of the first national “monument” in the Atlantic Ocean, the Northeast Canyons and Seamounts Monument off the coast of Cape Cod, an area teeming with unique and endangered wildlife (such as North Atlantic Right Whales) and due to its topography of deep canyons and extinct volcanic peaks.

Why This Matters:  This is a clear win for the conservation of natural resources.  The area covered by the monument is full of ocean wonders and is as deserving of protection as similarly precious places on land — like Yellowstone or Yosemite.